"It feels a lot like bumping cars off the road in 'insert generic racing game here.'  And though I'm hesitant to say it, there's something morbidly satisfying about that." 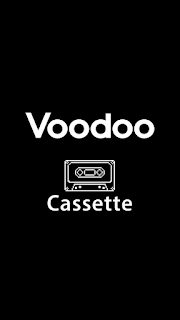 Many of us have done this: Dived head first down a water slide, pretending we were Superman (or woman), arms outstretched ahead of us, soaking up that sense of speed.  Embracing those rushes of adrenaline as you zip round corners, too close to the edge of death --feeling like a god!  . . .  Then, an inevitable belly-flop into the plunge pool brings you back down to earth.  Or maybe it was the choking on saltwater or diluted chlorine, as we, mere mortals, reappeared from the depths?
I hope to goodness nobody has ever knocked anyone off the side of a water chute though!  I mean, that there is the stuff of nightmares!  And probably a reason they only let on one-at-a-time, IRL.  Murdering your opposition is wrong, and you should feel mortified at the thought!  Unless of course,

"It was only in Aquapark.io Mum!"

It feels a lot like bumping cars off the road in 'insert generic racing game here'.  And though I'm hesitant to say it, there's something morbidly satisfying about that.

Agar.io was my first, dot i-o game.  That was followed by slither.io.  I had fun with both, for a time.  Then dot i-o became a trend, which evolved into a genre, and stores soon got over-saturated with the latest craze.  And so, it was around then, I took a break from the fad.  Until now.

While Aquapark.io is another i-o, it does not look nor feel like one, at least initially.  In fact, the only staple that was immediately apparent to me, was, the silence.  A few aptly outrageous sound effects accompanied by a thumping soundtrack probably wouldn't go amiss in this instance, but then perhaps that would ruin the zen?

Visually, it’s contrastingly bright and colourful to the rather dark underlying premise.  Your character is outlined in black, which makes them pop and easier to keep track of when the screen becomes a bit busy.  Cassette have done a great job graphically of capturing that sense of speed, and I like the subtle additions, such as a crown appearing on the head of whoever’s leading the race.
Its name is a bit uninspired (I was more thinking Death Slide or Aqua Battle.  Doom Flume?  No, BruteChute.io!)  Though they’ll likely get around to fixing them at some point with an update; the game's vibration and its toggle option are currently broken.  None of that really matters though, as it's the thrill-of-the-ride that is the real draw, here.

You and fifteen other competitors race down a sloping, twisting flume --first to the finish wins!  The only controls you need to worry about are sliding your thumb left and right, and developers Cassette have nailed them.  They're a lot smoother than the ride you're gonna have!  Which is good, as this helps you take racing corners, avoid hazardous sand blocks, slide over moving boost pads and bump or steer clear of being bumped off the sides.  Should you be taken out, you do get a second chance to escape impending injury or death and can para-glide back on track using the same controls.  It's not so easy this time though, and takes some mastering, too a little bit of luck.  Like many a race, sometimes you can reach and hold pole position for the longest time, only to be pipped at the post.  While somebody slamming into the back of you gives you a quick boost, nudge forward, like an obstacle, smashing into someone has the opposite, expected affect of slowing you down.  Winning isn't everything though, kills count, are rewarded here and ranking number one for either or both are the common ultimate battle royale-like goals.

From reading a couple of App Store reviews, it looks like Cassette have a certain player partly to thank for Aquapark.io taking the podium in the Top Free Games category.  Somebody shared the game on TikTok, the video-sharing app, in-turn, evidently causing enough curiosity to warrant some downloading.  On the flip-side, there was also talk of the developers or publishers Voodoo hacking your iTunes account and stealing from your credit card(?)  I’d like to know the story behind that.  There’s more; As of right now, typing 'aquapark.io' in your chosen browser actually takes you to paper.io.com.  I can't seem to find any mention of the developers, so I'm not sure if they're the same guys?  The plot thickens. (Edit: I later found paper.io on the App Store, it’s another game Voodoo published.)

Aquapark.io is easily accessible with its one-thumb, portrait mode gaming.  Races are short, it's great fun and free,
And now it has the limelight, it'll probably remain in that spotlight, for the foreseeable future at least.  I think those who download Aquapark.io will enjoy it for long enough to still be playing the game when Cassette finally introduce the main attraction: online multiplayer.
It’ll be interesting to see how it evolves, and there are already clues of future content.  Right now you can only change your name and choose between a male or female character, but there's an option 'coming soon' to switch out your 'skin' (that’ll be where we spend the accumulated gold coins we earn from racing) and I've seen flags of The World next to the computer a.i. names.  The game is playable off and "online" at the moment so I guess we're solely competing against non-playable characters for now.  The only differences as to tell whether you're connected or not, are the ads.  Oh, and that rapidly declining frame rate coupled with copious amounts of mutating lag.  Yeah, that'll need mending.  I see a pattern forming of late with ad-supported games.  Maybe it's a teething problem?  Perhaps incentive, to buy the non-obligatory 'remove ads' in-app purchase.  Sarcasm aside, those particular in-game buys are well worth the money, should you enjoy the game —no real complaints from me on that front.
So, I wonder whether Aquapark.io with stay true to the genre or add some bytes and beats?  And will we get an aqua loop?

It is nice to give your brain a workout with a tricky puzzler or get lost in a story-driven action-adventure, e.g.  It's also good to just have some mindless fun!
Aquapark.io is making a splash on mobile and I recommend you make a dash to download it, even if you thought you'd had your fill of i-o games or become overwhelmed by the ever-growing back catalogue of titles, publishers Voodoo, frequently knock out.  You've nothing to lose, so may as well take the bait, and let me know later what you think in the comments below.


Edit: After me writing this, there was an update last night: New environments!  In addition to Beach, there are now Temple and City, with more coming soon.  Each environment is unlocked as you collect enough gold to fill a progress bar.  This can be seen on the rankings screen.  I found they actually cycle and right now you seem unable to choose between them.  Other noticeable changes are; additional u.i., para-gliding has been replaced with arguably more realistic flailing arms and legs.  It also feels a bit less difficult manoeuvring back onto part of the slide as you’re falling.  (Top tip: swiping left or right to turn quicker when you’re way off target gives you a better chance of surviving, as opposed to sliding your thumb, which is slower, but more useful should you need the precision of a little nudge in either direction.)   The vibration and its toggle option are still broken.  No big deal, but I’ll try and let them know anyway.  I wonder what’s next?