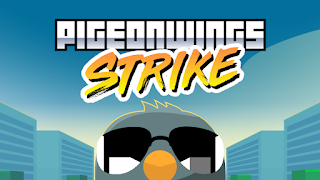 Pigeon Wings Strike is a lot of things, like: an avoidance game, a cave-flyer, a shoot-em-up, an endless runner, a racer, a high score chaser.  What it's not, is a game you'll spend hours in.  Not to say this pick-up-and-play won't have you coming back for more when you have a few minutes to spare, it's perfect for that.

Ignacio Schiefelbein, Saguara, first introduced us to Pigeon Wings with a story throughout 50 levels, as Pigeon (by name, maybe not so much by nature) and friends set out to stop Duke Dexter, a mysterious aeronautics titan, bent on destroying East Megalopolis  You could play that out when you had more time and jump into its endless mode for shorter sessions, not that the story missions were long-haul.
This sequel focuses solely on endless gameplay though.  Bite-sized chunks of it.  And these seeds are both satiating and moreish!

The basic premise sounds simple, stay alive and pass so many pigeons as you can.  You take the controls of an aviating, aviator-wearing avian (at least to begin with) Pigeon protagonist, as our hero takes flight from their hangar on a quest for the highest score in the world! (And of course to stop Duke Dexter and his evil minions taking over Velo City while he's at it.)
During this maiden voyage and likely many, many more to follow, you'll also have missions to complete, plus coins and power-ups to collect.
Completing missions as well earns you coins, which can be saved then later spent back at the hangar on mystery crates.  These can contain either a new friend to pilot your wings or a power-up.  Squad members include Cunningham; the hotshot hamster, and Presto; our literal fish out of water!  A power-up could be stronger, faster bullets or a speed boost for your fighter aircraft.
There are enemy drones to combat and bigger airship-looking drones to boss-fight, new tricks and traps, but perhaps your biggest obstacles are the buildings and caves you must navigate.  Doing this often requires quick movements or twitch reflexes.  If you've never played Pigeon Wings, thankfully the developer has supplied us with the right tools for the job, by way of a choice of now two, tight control schemes.  There are tilt controls which are so responsive, they'll coo even the biggest haters of accelerometer mechanics.  Then there's the virtual joy-pad, that is just as reactive.  I recommend you test-flight both before deciding on your personal preference.  A bifunctional fire/ boost button resides at your three o'clock, whichever your choice.  These paired with the consistent frame-rate make Pigeon Wings Strike play superbly smooth.  The gameplay is fun, challenging, adrenalin-inducing, gratifying and unputdownable.
Replay value arrives via high score ranks and local multiplayer.  Not only can you challenge the world, but you're able to compete with your friends irl.

Visually this game is clean and crisp, which helps with all the things going on on screen at any one time.  I would not use the word simplistic though.  PWS is atmospheric and ever-changing.  Sometimes switching its vibrant, yet subtle pastel graphics, up for dark silhouettes in the foreground, over moody side-scrolling backdrops.
Accompanying all this are ambient arcade sound fx and a thumping soundtrack.  There is currently a choice of two seamlessly looping upbeat chip tunes, making headphones a must.

A free app with ads that can be removed for a no-(bird)brainer £0.99
I love that it's a shooter with plenty of fire-power and thought I'd wished it focused on that  . . .  not so much on avoidance.  But then, you know, maybe I like it just the way it is?  After all, it is what it was meant to be and all it is, is what makes Pigeon Wings Strike, less a strike  . . .   and more of a home-run.

Checkout some screens and a gameplay video below.   Then, if you're reading this on your iPhone or iPad, you can click the link to download Pigeon Wings Strike, directly from the App Store.  Also, be sure to check your radars around the same time next week, for my top five tips and tricks! 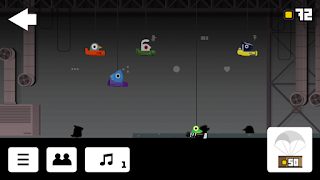 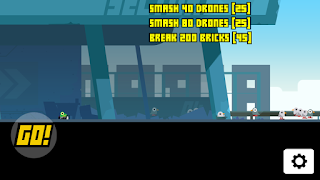 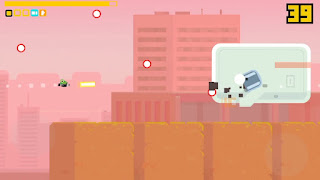 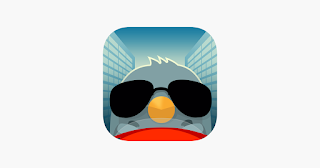