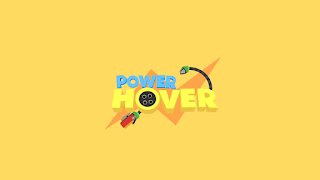 Should you bother, to Hover? 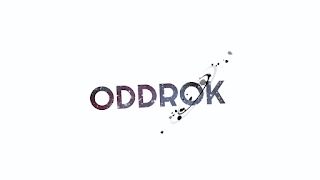 The wonderful thing about nostalgia, so I've learnt first hand, is; it can be triggered by something nonspecific. Nostalgic feelings become more plentiful, the older I get. And, for the most part, they make me smile inside. Ok-ok, that's more than one thing, but hey, like I said; nonspecific.
Video games. Video games have, and continue to be an activator of said emotional state. Many of us revisit our favourite classic titles because of this. However, recently, rather than longing for yesterday, I've found myself embracing the present. And, what a gift that is! When a new, modern video game gives me the exact same feeling, experienced while replaying a title from say, twenty five years ago(?)

Oddrock's Power Hover, I choose you. Or, you chose me? Whatever, the feeling is mutual and everything is glowing! Maybe it's the hoverboard? It might be the soundtrack? Could be that pseudo -low-poly art style? All I know is, one, or all of these things light me up like a Christmas tree --and it's magical!
So, "What is this?", you ask?
Power Hover is a story, an action game, a rock concert, and a free trip back to the future. It was also the App Store's Free App of the Week last week, which makes it a steal. Alright-alright, I'll tell you! Heck, I will even be more specific . . .

You play our protagonist, a hoverboarding robot, whose village was robbed of electricity. Your task, is to follow the trail left by the thief, and reclaim that power. So, fasten your bootstraps, and enjoy the ride! It's gonna get bumpy, maybe even nauseating at times, but it'll be worth it.

To defy gravity, and control said unnamed hoverboarding robot, it is simple. Tap the left of the screen to hover left, and yeah, you know the drill. That's it. Easy, right? Well, no. For some reason, I for one, kept wanting to, and actually finding myself, holding the screen, so to slide. ( Irrespective of the included tutorial. Hey, you know us men never read the instructions. ) It just felt right. You might understand when you play the game, but I would even go so far to say, I'm kind of surprised there was no alternate control scheme, like an actual slider, or virtual on-screen joystick, perhaps? But then, the precision and subtle moves often required, would have put the kibosh on those. See, sometimes, you just need a little nudge either way. So, I guess I can see why they chose the method they did. It's not all about speed, a bit of focus is frequently needed here. Of course, you can and do need to hold the screen a while longer than a tap at times, but you just need to get accustomed to mixing it up accordingly. They work great by the way, the controls. I hate to say this, as it's such a cliche description these days, especially with mobile games, but they are indeed, "Easy to learn, difficult to master."
Any other moves you do in the game, such as jumps, or tricks, are done automatically. So you can look bodacious, or gnarly without even having to worry about it. Outcomes subject to preparation. It's all in the approach, guys. Oh, and look out for the disorientating, no, hynotising, changes in perspective.

Which is a perfect, unrehearsed segway to the many hazards to avoid and obstacles to overcome. But, don't let those get in the way of the beautiful, yet sometimes deadly, often understated vistas around you. It actually helps to look at the road less travelled, and not just what's right under your nose. So, take a moment. Just, be quick about it! This is a twitch game after all.
Then there are the somewhat unorthodox boss battles. Now, I don't want to spoil them for you. However, I will say this: They are, but one unique feature of Power Hover, which is refreshing. And it's something else, when a game that contains so many nods to the past it would not look out of place on a dashboard, at the same time, actually holds its own.
Another thing to be aware of on your travels, as you hunt down who, or what ever stole your energy is; you should be on the lookout for batteries! These, you need to collect, in order to power up your village again. Though, you can progress so far without them, eventually you could find yourself in short supply. Luckily, it is possible to replay levels, so land that 180 *insert move here*, and head back to gather some more power! Actually, you could also pay real money to unlock levels, if you become stuck, but where's the fun in that? I've yet to find this a grind, pun intended, and I'm sort of hoping the developers come up with a new way to spend cash and support them. One that will not detract anything from the purity of the game.  Look, I picked this game up when it was free, my bad.
Challenges. In addition to playing the game and unfolding a story, which is told through the odd simple, yet moody cut scene, there are separate challenge levels in which to compete in, and ultimately complete. Each stage is different enough, seems to, while not surprisingly, get progressively more difficult, and has a select amout of batteries to gather. Catch 'em all, complete the level and unlock the next stage. Collecting batteries, also gifts you bolts. Those, you can use to unlock more robots with varying abilities, whom may, or may not aide in your success rate.

What exactly is that great about this game, I felt a need to share? Well, I've always wanted to try snowboarding. I know it's hoverboarding! No, seriously, for me, it's the total package. And thus far, Oddrok's debut still feels so new as if it was yet to be unwrapped from all its hypothetical cellophane.
Ted ( Retry ) Striker's soundtrack calls for your headphones. Mesmerising visuals, hold your attention. And the gameplay, plays well, too merges just the right amount of challenge and fun that has you coming back for more. If that's not enough to wet your appetite, then there's the extra helpings of replay value. Want some meaning to your actions? There's even an interactive story to unfold here, folks! It's familiar, it's brand new --it's Power Hover!
Also, you know what? I can honestly see this title sitting comfortably, even being a hit, on current gen consoles, and PC. But it is not, at least not yet. It's on mobile. And what, with all the negativity this platform endures, that in itself, is great. Happy trails! I'll race you to the Finnish!

This was my first Review write-up @sleeplessgg