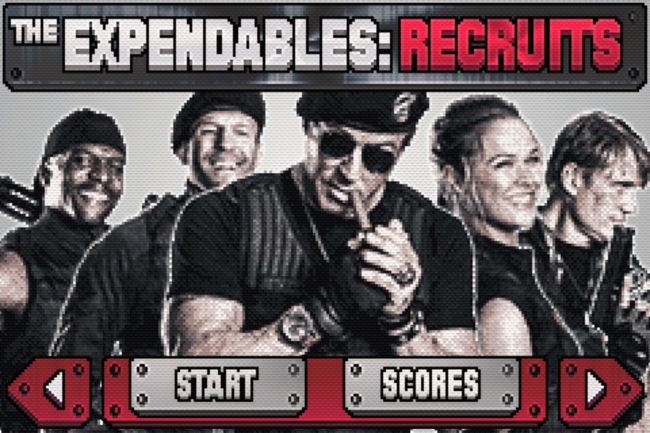 The Expendables: Recruits [Free] from Lions Gate Films Inc. in my opinion is a surprisingly good promotional video game for The Expendables 3 movie. ( Now showing in cinemas worldwide. )

Or should I say games?  Dozens of them in fact.
Chances are, if you like Wario Ware, or are a fan of mini-game collections such as the PlayStation classic Bishi Bashi, you're probably going to have some fun and maybe experience much fury here.

Recruits should also simply be taken for what it is, a mobile game, not some fully fledged triple a console title.
Don't get me wrong Expendables is not without its flaws.  I'll give benefit of the doubt and say, "I may be doing it wrong."  Though there could also be a few bugs to iron out.
Sometimes I feel the controls are not responsive, sensitivity sporadically changes and there has been a crash.

The Expendables: Recruits pits you against some tough as nails challenges from the team to the protagonist, an interviewee and potential Expendable. 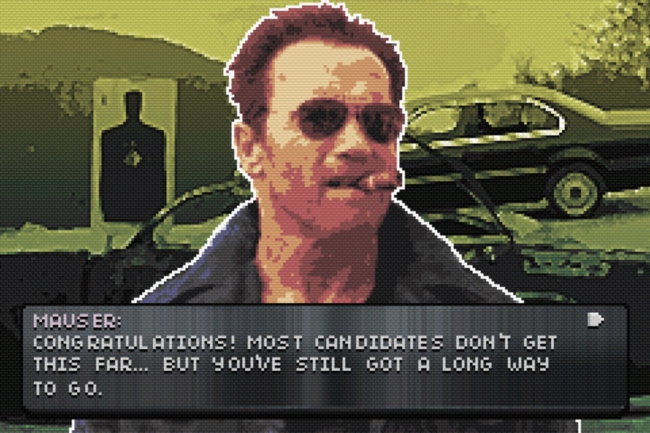 These materialise as a selection of random mini-games.  Both in difficulty and generation.  As you progress, there are a few checkpoints after which you can retry and continue upon failure.  Fail after reaching the last part of Story Mode however and it's back to square one.
This I think is harsh, especially seeing the final mini-game conveys chance as part of success.  That said it does add to the title's longevity.
Other missions require a bit of skill and much trial and error.

Pop-ups prompt your instructions at the start of each round.
Each play requires you either tap or tilt the screen, though often swipe, drag (slide), hold and release gestures are needed.

You'll be tasked with everything from safely landing helicopters to disarming bombs, but it's not all work and no play either --there are even some knife throwing, pool levels too thrown in the mix. 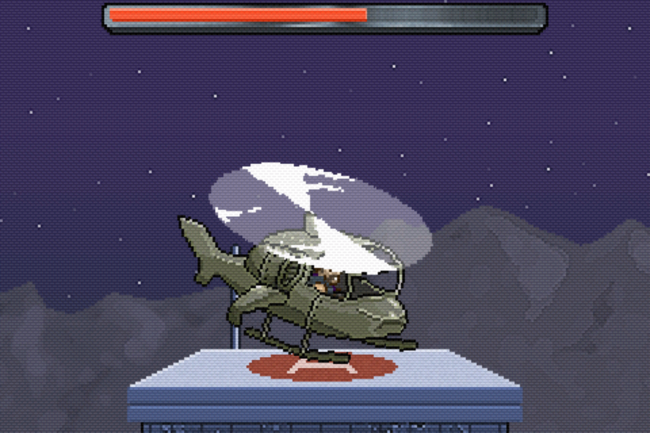 All missions are timed and cigars perhaps ironically, your lives.  You begin with nine, fail a stage lose one, lose all, it's game over.  Bonus cigars can be earned at select intervals.

Repetition is present, but there's a nice varied selection to become familiar with, attempt, then master.

Much like the films, by sight and sound these retro mini-games celebrate 80's and 90's action heroes, humour included.

On the Extras page, there are links to the website, a theatrical trailer, featurette and link to order tickets.
Strangely though, that's it. This is a completely free ( as opposed to freemium ) title.  There are no in-app purchases and at time of press not one advertisement was seen less heard.
. . . It's like a digital goody bag! 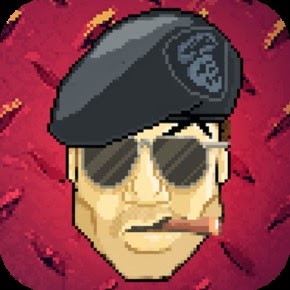