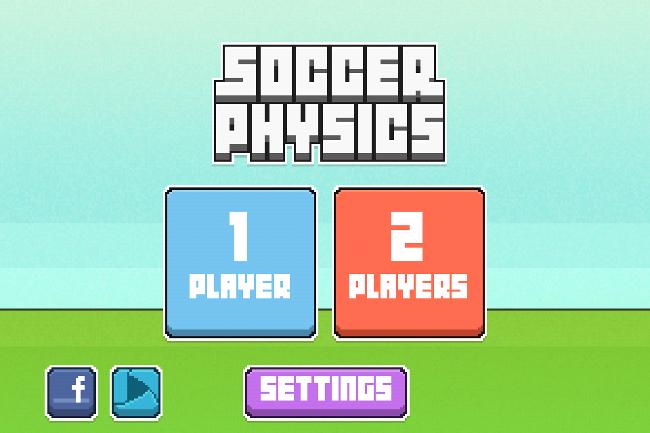 Given the sheer choice available, never would I have foreseen a game that started its life as humble Flash would one day, at least for now be my favourite, on any platform.
Fact is, often we enjoy the simple things in life most ,and I guess that includes video games.

Originally played on Kongregate, now my iPhone and iPad, Soccer Physics by Otto-Ville Ojala is an accessible soccer game for everybody, even if you're no fan of football, in any form . . . almost.
This is a title from said same developer who brought us the likes of Wrestle Jump [£1.49] and Tug The Table [£1.49].  So if you're familiar, you probably get where this is going.  Most likely head over heels!?

A 2 V 2, one or two -four player game, where the aim's to somehow control your team and be first to score five goals past an opposing human, or AI/ CPU side.  That's unless you're playing endless mode, which is self explanatory of course.
You control your team ,and I use that term loosely, with one or two on-screen virtual buttons. This enables the player to move their players simultaneously, alternatively independently.

Noticed I changed my description of loosely controlling, to moving.  That adjective seems more apt, seeing as when you tap the button/s your player/s mostly, well  . . . do what they want! 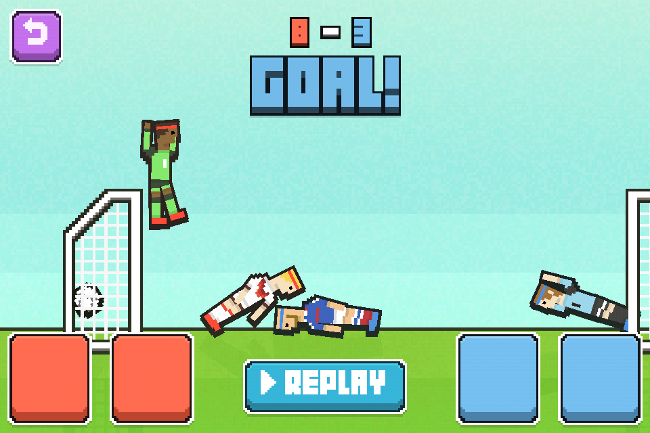 This is far too funny to ever be frustrating though.  Amusing alone, double --no, quadruple the fun in parties!
If only someone invested in making it into one of those arcade tables with dual screens and in real life buttons.  I mean, no need to explain the pros there. 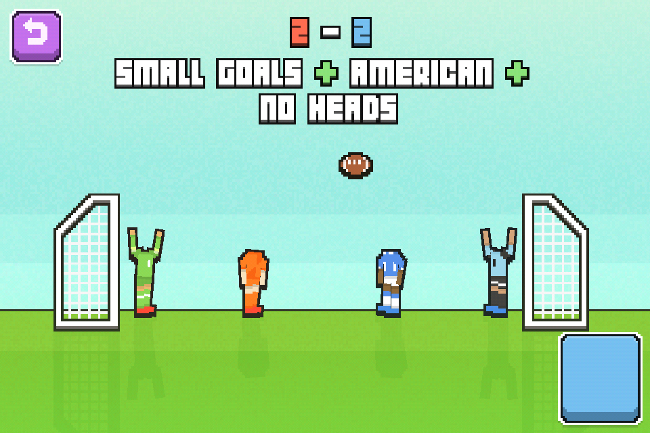 Different scenarios are thrown at you after each goal, adding to the already random spontaneity.
From the divergent players, to goal size, ball type and weather.  You just never know how it will play out next!

Visually clean, colourful also crisp, with subtle real-time reflections and a catchy soundtrack.  Soccer Physics is now available on the App Store and in your browser.  Physics, yo. 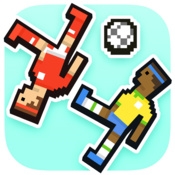