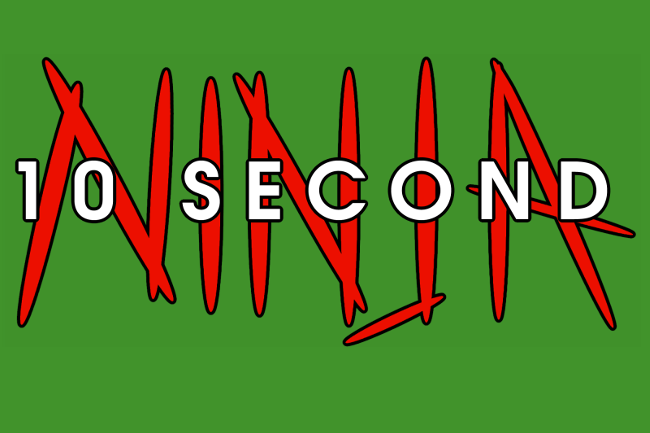 Quite the contrast from his collaboration with NotQuiteReal as TheTallTrees -Castles in The Sky, last year.
Little did I realise when GameDesignDan ever so kindly emailed me a code for the preview build of 10 Second Ninja, what was in store.

After around ten ...minutes? My initial thought was to just post an article exclaiming, "DAAAANNN!!!!!!!!"
in bold print along with a title, few screenshots and couple of links maybe.

To be fair though, that would have meant I had clearly forgotten about the brilliantly drawn then animated, but mostly impressively -lit, introduction stroke cut scene.
Which came complete with borderline controversial theme, comical audio and witty subtitles.

So the story goes... You are The World's first Ninja, being the only thing that stands in his way. Robot Hitler and minions; Nazi robots from Space are out to get you!
Thwart Robot Hitler's evil plans and destroy his automated autocracy in this blistering fast action-platformer.
Oh, you have 10 seconds to take down all Nazi robots in your vicinity!
Did I mention it was blistering fast?
How about the fact you can't even wall jump/ grind BECAUSE THAT WOULD JUST SLOW YOU DOWN -RIGHT?
That and the actuality every millisecond counts makes all other video games in it's genre feel like My First Speedrun.

You do have a few Shurikens at one's disposal and only your very own ruddy Ninjatō! Just use them wisely and to your advantage, remember you're looking for the fastest kill route.

Your performance is rated using the three-star system and they are not very forthcoming with them either!
Every single star scored will be well earned and upon level completion there is a handy pop-up that also shows how close you are to receiving your next one.

There will be 40 challenging levels in the final version, with leaderboards to climb and 30 achievements for unlocking.

From what I've seen, heard and played, level design is deceptively simple, it sounds a bit League of Evil -which isn't a bad thing! And, if I'm not moaning about the floaty jump mechanic hindering my performance, it's the restart button being too close to Z and X.

Despite my initial horror, in all honestly it is rather fun and cut scenes alone worth any frustration endured. It's well written and I'm curious to see and play the rest.

Ninjas are cool, Robot Hitler, his swastikas and Nazi robots be not -go get 'em, quickly!
Oops -sorry, you'll have to wait until March the 5th but then... IT.IS.ON

Published by Mastertronic, 10 Second Ninja will be available for PC & Mac on Steam and if you pre order from GetGame you'll receive 25% discount off the already cheerful [$9.99]! 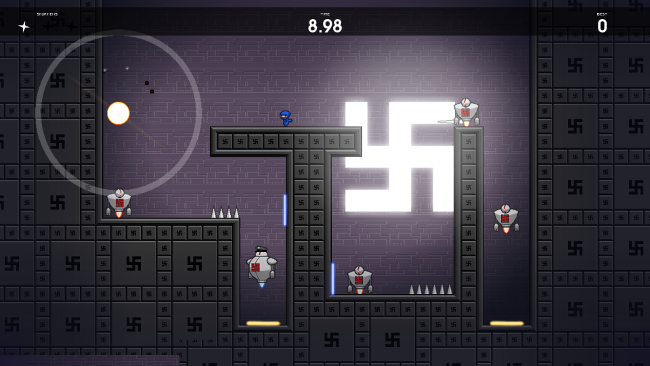 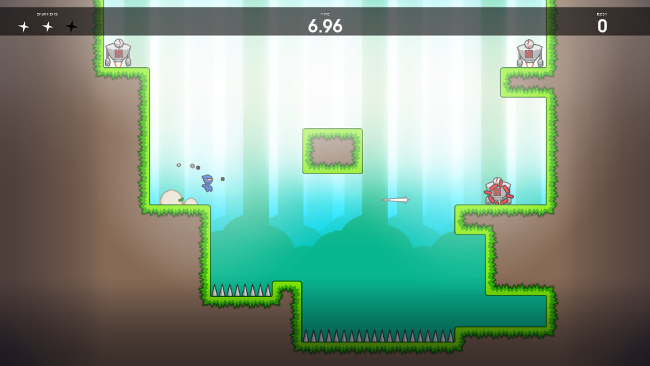 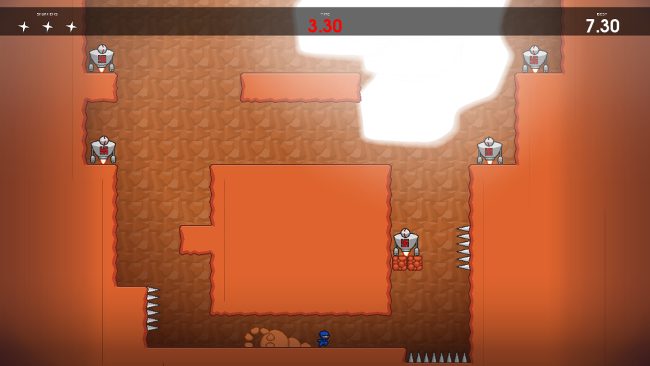 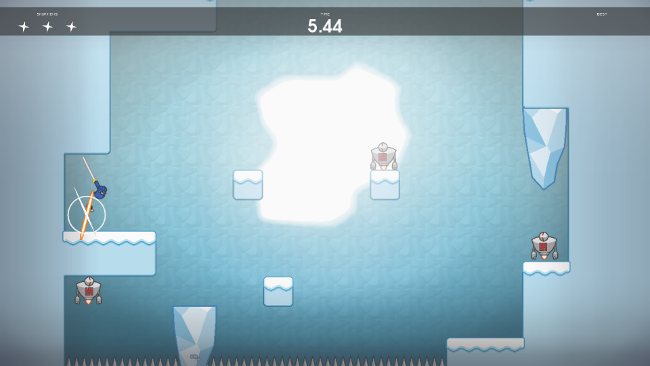 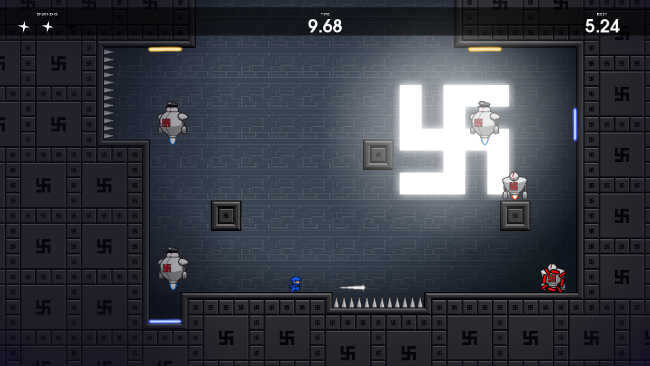 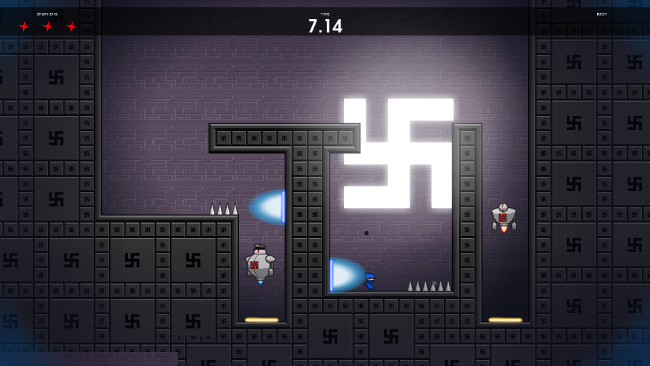 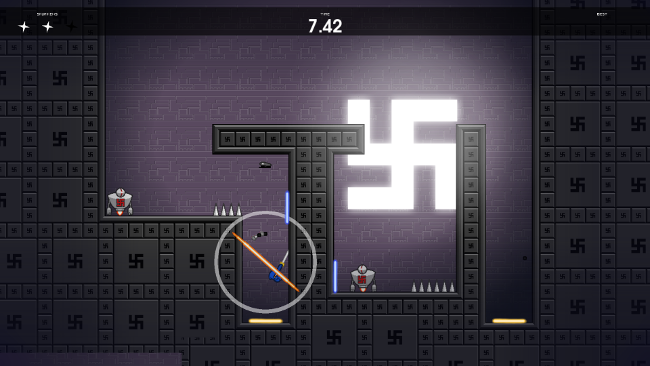 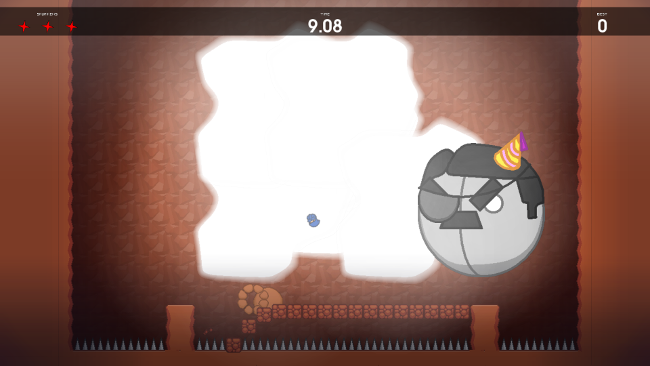