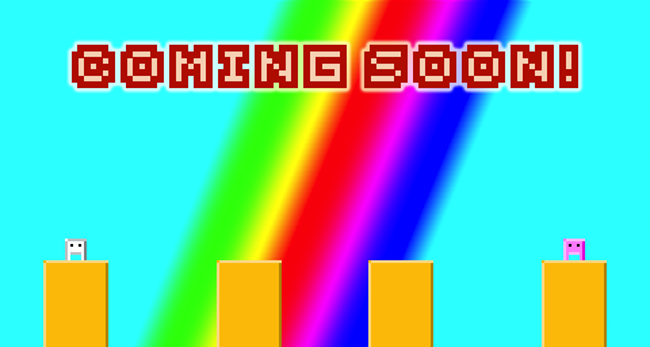 Set for release on iOS by the end of January 2014 Super Obstacle Boy by Matthius Falk promises much -but will it deliver?

Noticing the name and screenshots fans of Super Meat Boy could well be excited especially with Team Meat halting development of their mobile version to focus on Mew-Genics, whether similarities end there remains to be seen.

In this 8-bit platforming game, you are Obstacle Boy and must save your girlfriend Rescue Girl, who was abducted by the hideous Doctor Negative and thrown into the dimensional hole. Play through 128 levels, all with different game and graphic styles. Variety is a given with new elements and powerups being introduced all the time, there will be tons of secrets to find and Game Center achievements and leaderboards to fulfil and ascend. 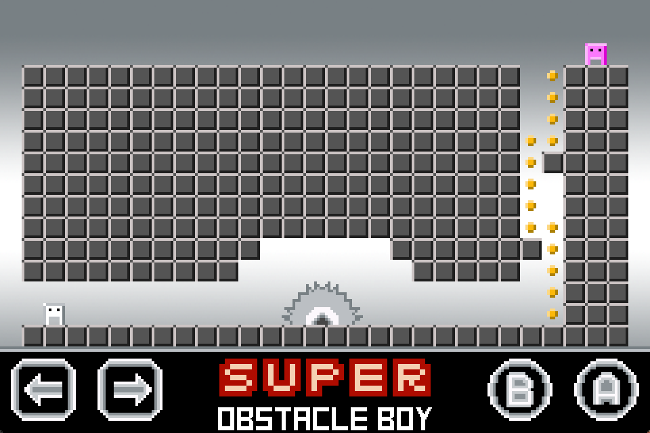 Boasting "Console quality", "With Cutscenes and all" yet claiming the game took just three months to develop this definitely has my interest, in fact I'd go as far to say bad virtual controls look to be the only aspect that could let this title down. Let's hope they've nailed them and that this is a keeper to sit nicely in a folder, alongside the likes of League of Evil 2, Kid Tripp and Mikey Hooks.

Does hybrid mean the same as universal? Priced at the higher end of the tier 3 apps Super Obstacle Boy will be [£1.99] on the iTunes App Store, more platforms are to be announced. Visit the official website for the latest news and stalk the twitter account for the most recent updates. 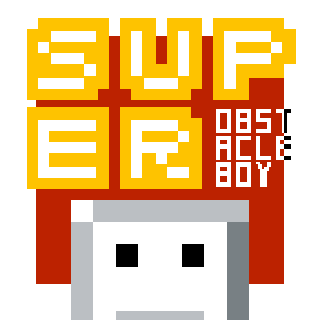