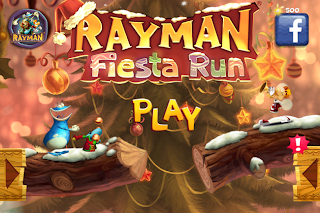 "It's a great feeling replaying an earlier level with new powers, collecting all Lums and pulling off a flawless run."

Only after recently playing Jungle Run [£1.99] and not before recalling hearing it was even better than it's predecessor did I decide to buy this Fiesta themed sequel.

Improvements are soon apparent all round, from the user interface and level design to the overall experience.

Despite not having completed either this article should be postponed no longer given the fact I'm already late to the party. Hopefully you'll want to join me in the gate crashing by the end of this review unless of course you are already there.

I haven't played a Rayman title since Advance (OK, I tried :The Great Escape port) and after wrongly glancing the first instalment as another endless runner nor was my interest rekindled.

So imagine my surprise when I eventually discovered first hand they were actually level based auto runner platform games, our legendary hero rebuilt for mobile touch screen devices.

After Gameloft's earlier attempt rather than porting a version that probably would not have worked half as well or/and had some of the seasoning missing, Ubisoft have found the secret ingredients and concocted brand new recipes especially for the platform in mind. That being said having since researched Origins and Legends, Fiesta does seem to appear to give vibes of it's ever so slightly older titles, still the interpretation itself is done really well.

The control scheme is minimal both visibly and by input, making for some unobtrusive accessible enjoyable gaming that still provides the challenge of it's counterparts on other consoles; those with physical d-pads, thumb-sticks, triggers and buttons. The simple taps and holds are also extremely responsive and only add to the fluidity.

Levels are thoughtfully bite-sized yet a plenty gifting the choice of both quick-play and longer sessions,

As mentioned earlier Fiesta Run [£1.99] is an improved version of Jungle Run with a brand new adventure, more than 75 levels, additional characters and powers. Before you could jump, fly, punch and run up walls, now you can slide, swim and shrink as well as unleash the Super Punch. The aim of the game is to make your way to the flag at the end of each level collecting Lums as you go. There are many traps to avoid or overcome and obstacles to scale or destroy. New enemies will also block your path and there are currently three epic bosses that give you chase. At the end of each level your score is rated based on Lums collected, these in-turn free Teensies -up to four per level and are also the game's currency. What's great is you can go back and replay them to improve your rating and unlock more content, in-turn ultimately collecting all. This is no mean feat and is sure to provide many, many hours of gaming. It's a great feeling replaying an earlier level with new powers, collecting all Lums and pulling off a flawless run. Given the speed of the game, memory and timing help but there are also consumables you can purchase such as flying punches, hearts; which provide hit protection and a power-up that shows the perfect path to follow in order to collect all the Lums. 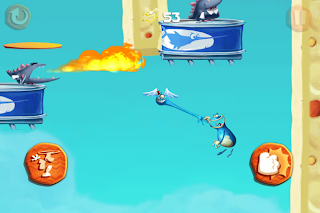 Visually stunning both on the iPhone and iPad with a seamless frame rate and depth of field, you move amid the environment and the world moves around you. No stage feels the same, graphically they are sharp, colourful and beautifully shaded. Comical sound effects accompany one of the most audibly pleasing soundtracks my ears have had the pleasure of hearing in a while engulfing and echoing the mood.

In between games, the screens, world map, menus and user interface as a whole is easy to navigate, neatly laid out and full of character by design. Here there are options including the ability to buy playable characters from the heroes section, art from the gallery, check your achievements and ranking and connect to Facebook, in-app purchases are an option. Finally, there are also more levels available by way of downloadable content.

A wonderful blend of classic and new serving up a dish I'm sure will be food for thought for other developers and publishers with ideas of bringing their franchises to the touch screen. Rayman Fiesta Run is a party on your phone but both games are totally worth adding to your collection. 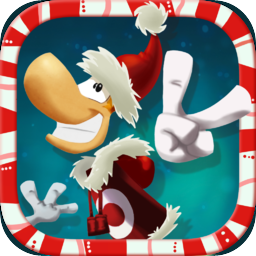