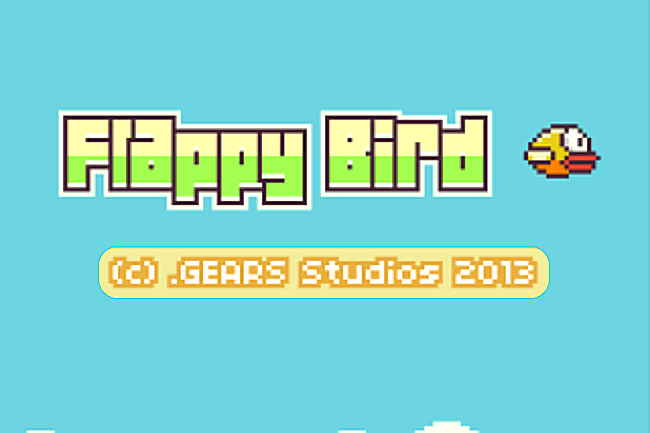 Love or hate it Flappy Bird appeared then became a thing, recently topping the free category on American and Chinese iTunes App Stores.

A simple one-touch control system game with familiar visuals, potentially grating sound effects and questionable advertisements -what made this so popular?

Maybe it's because some people relish a challenge? Or could it be Flappy Bird has the "One more go." factor?
For conspiracy theorists reading, a marketing ploy? Apple and China's bid to sell the recently launched iPhone?
Of course mere curiosity might boost downloads, but who knows?
Developers and publishers of mobile HTML5 games, Dong Nguyen and dotGears Studios' title has yet to make a dent in many other countries on iOS -including the UK with no sign of it on the horizon.

This free universal app with no in-app purchases was originally released back in May 2013, then updated for iOS7 September of last year. It is compatible with all devices running iOS6.O or later and optimised for iPhone 5.

So what's the premise? Well, simply put, you are a bird and must navigate between fluctuating,  seemingly randomly generated pipes. 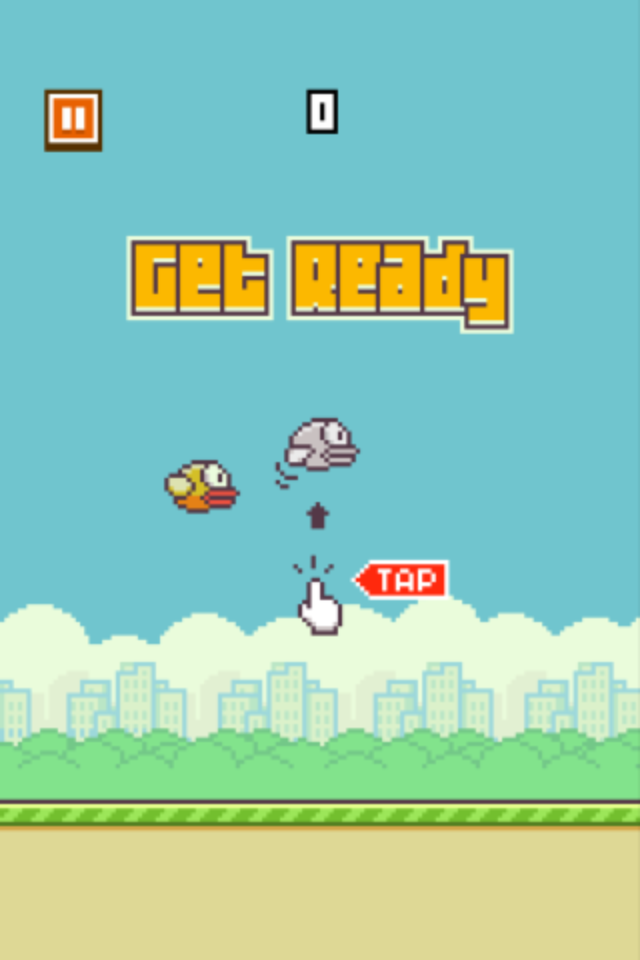 'Tap to fly!'; Flappy Bird's flight mechanics strangely give a sense of realism and use rather clever responsive controls.
Tapping your screen makes our protagonist flap it's wings, let go and the bird will fall.
Sadly same said appraisal can not be given for collision detection, flying too close unexpectedly causes a crash. Though coupled they quite possibly make playing *'flapflap'* what it is -frustratingly addictive, albeit in short bursts. 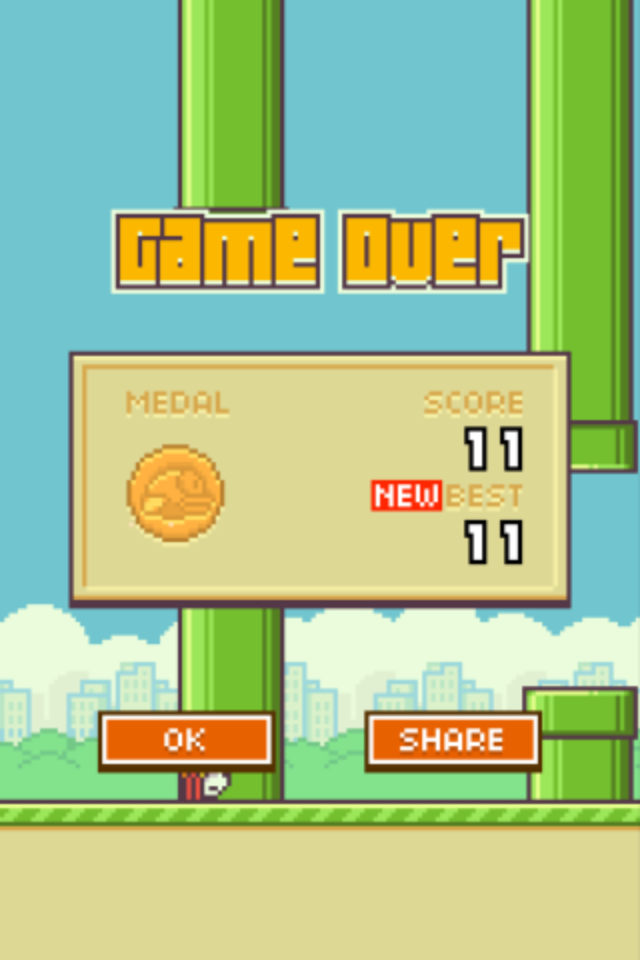 The goal of this endless 'flyer' is a high score, ultimately beating everybody else's then again your own.
The player scores one point for every pipe successfully passed and medals are awarded after reaching mystery milestones. Having been given my first when scoring eleven, I am guessing it was probably attained at ten though I've yet to reach 20 which would confirm a pattern.

Unfortunately even today Game Center is still clearly, even evidently hackable leaving the only real feeling of achievement that of beating your friends and own score, those which can be *shared via twitter*. 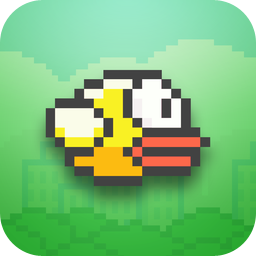 Now the question begs, "Have you gotten in a flap yet?"