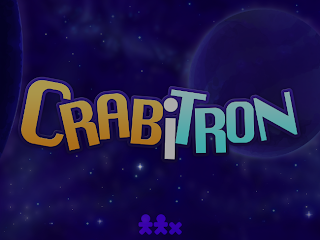 Two lives left proudly presents their multi-award winning Crabstarter exclusively to iOS.
iPad owners must experience this innovative and unique game which utilises the larger touch screen so well, it should probably come pre installed as a native application.

You take control of the entitled protagonist using your fingers and thumbs as it's pincers, as you also in-turn move your arms [albeit slightly] so does Crabitron [£1.99] - it's almost like using the power loader from Aliens! Likewise (probably) it does take some adapting to at first as you learn the ropes, but then it feels as natural and has the muscle memory akin to riding a bike.

Crush spaceships, devour their contents and then burp bullets - hopefully into the path of another oncoming enemy/treat. Doing so accumulates currency ( seemingly cleverly exchanged into a virtual mimic of your countries' legal tender ) for you to spend on upgrades and power ups aiding you further each level. Block rockets, deflect meteors and break walls in fun and sometimes challenging intermittent mini-games. Epic boss fights come as standard and obliterate any existence of monotony in this every hundred year endless occurrence. Complete missions to rank up your extraterrestrial crustacean, survive as long as you can on your voyage of destruction and ascend up the leaderboard. 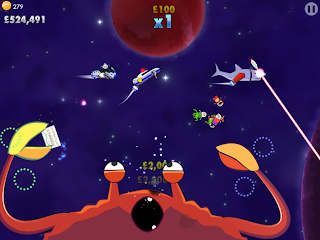 Share replays of your shenanigans, then do it all over again. Accessible
and suitable for the whole family. With crisp colourful and comical visuals, humorous sound effects and a quirky upbeat soundtrack, like no other this is one simulator you should definitely become accustomed with. If you haven't already and can, I highly recommended sidling onto the App Store and picking this up with both claws it's well worth shelling out for ( I'll stop now. )

Visit the official website for more information - oh and you may want to stop with the crabbing! Just some [Sea]food for thought. 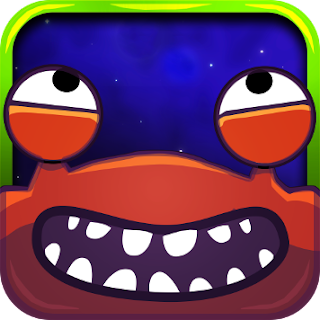 "What is an iPad without a ruddy giant space crab simulator?"